In Art by Phil Price

According to Artsy, their “mission is to make all the world’s art accessible to anyone with an Internet connection”. They are an online platform for discovering, learning about, and collecting art. You can even buy art by major artists. They recently announced their most popular art of 2013. As you’d expect, the top ten most popular works included well known names old and new. Vincent van Gogh’s, Starry Night came in at number five. The criteria for popularity was the number of times the work was “Favorited” on the site. The number one most favorited work was by Lucien Smith, Mene, Mene, Tekel, Upharsin, 2013. The title is from Old Testament text that has been translated to mean “the handwriting on the wall”.

Artsy is powered by the Art Genome Project, a recommendation engine widely referred to as the “Pandora for art.” It categorizes and scores art on a range of factors. I like that the site’s user interface makes finding, sharing and exploring so easy. I’d recommend taking a look at all the 2013 winners for a quick snapshot of the art that’s most popular today. 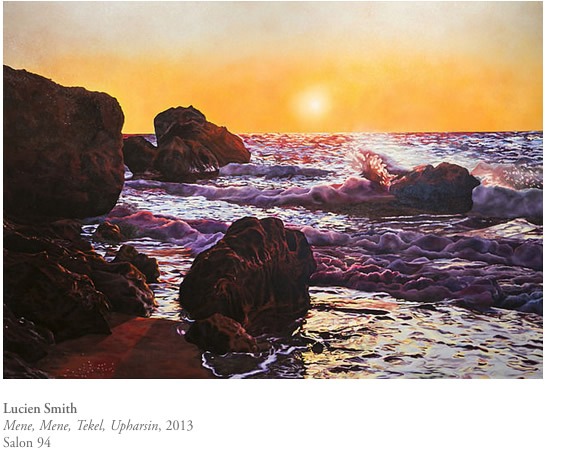 Food is Red, but the Web is Blue - The Psychology Behind Logo Colors